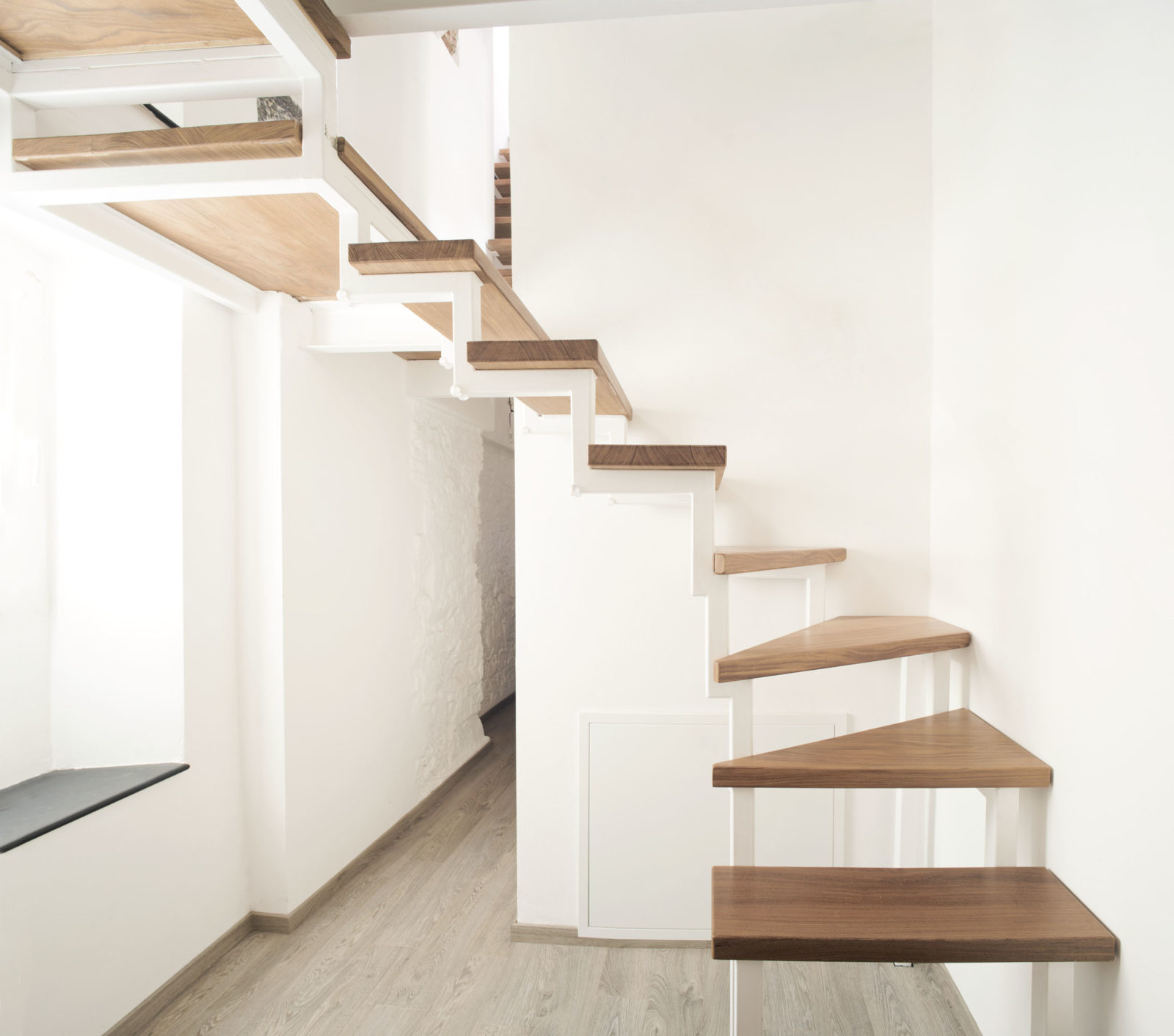 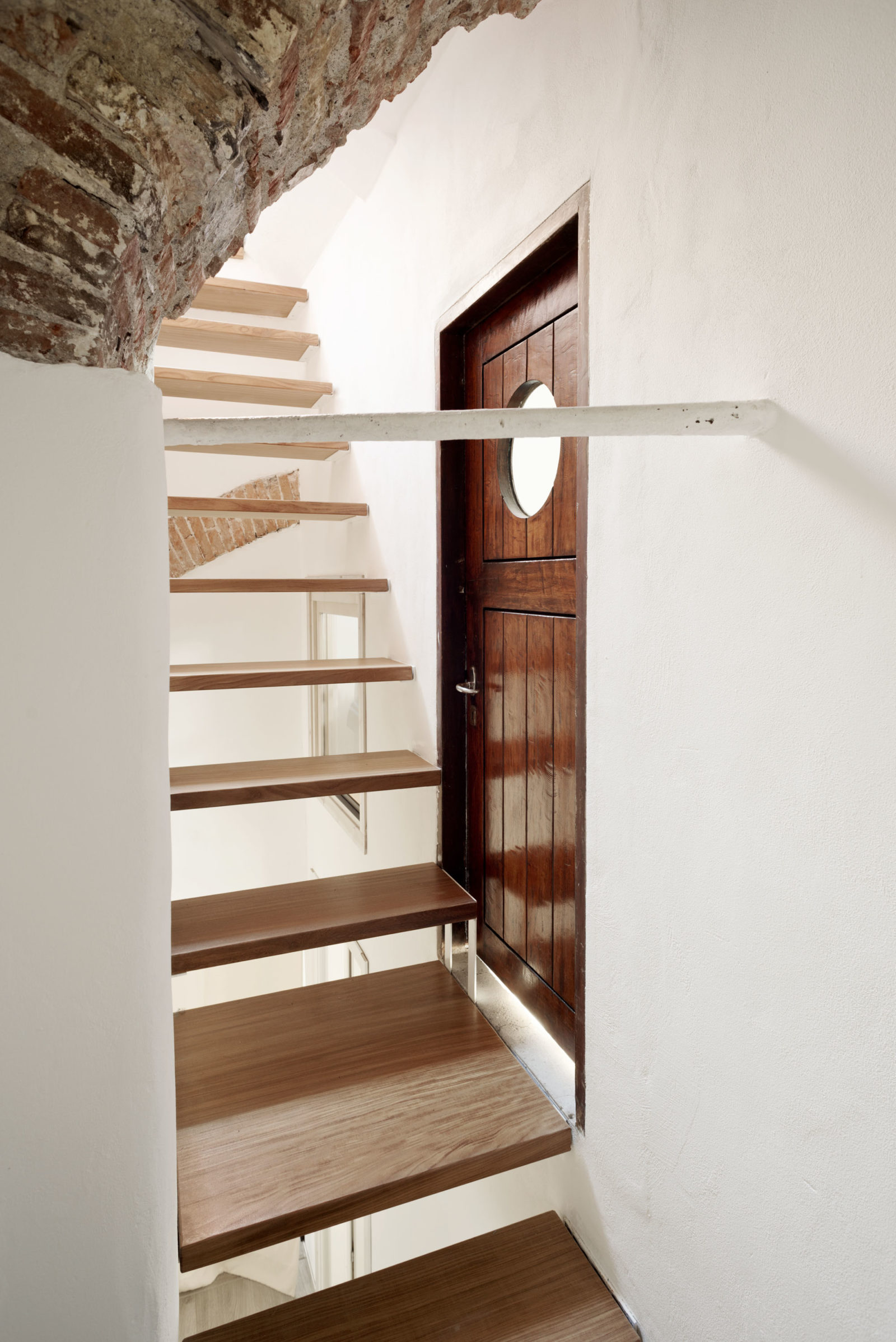 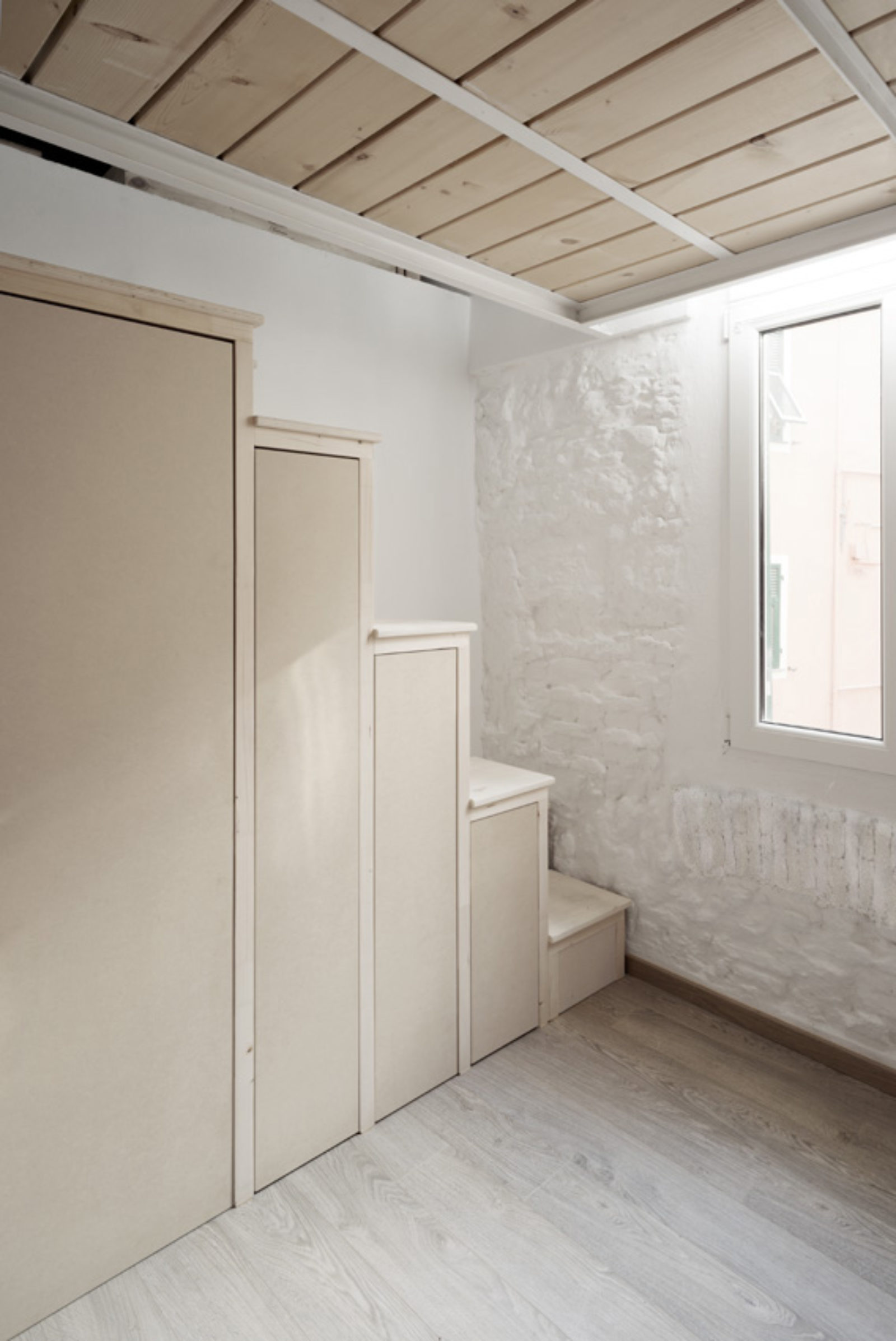 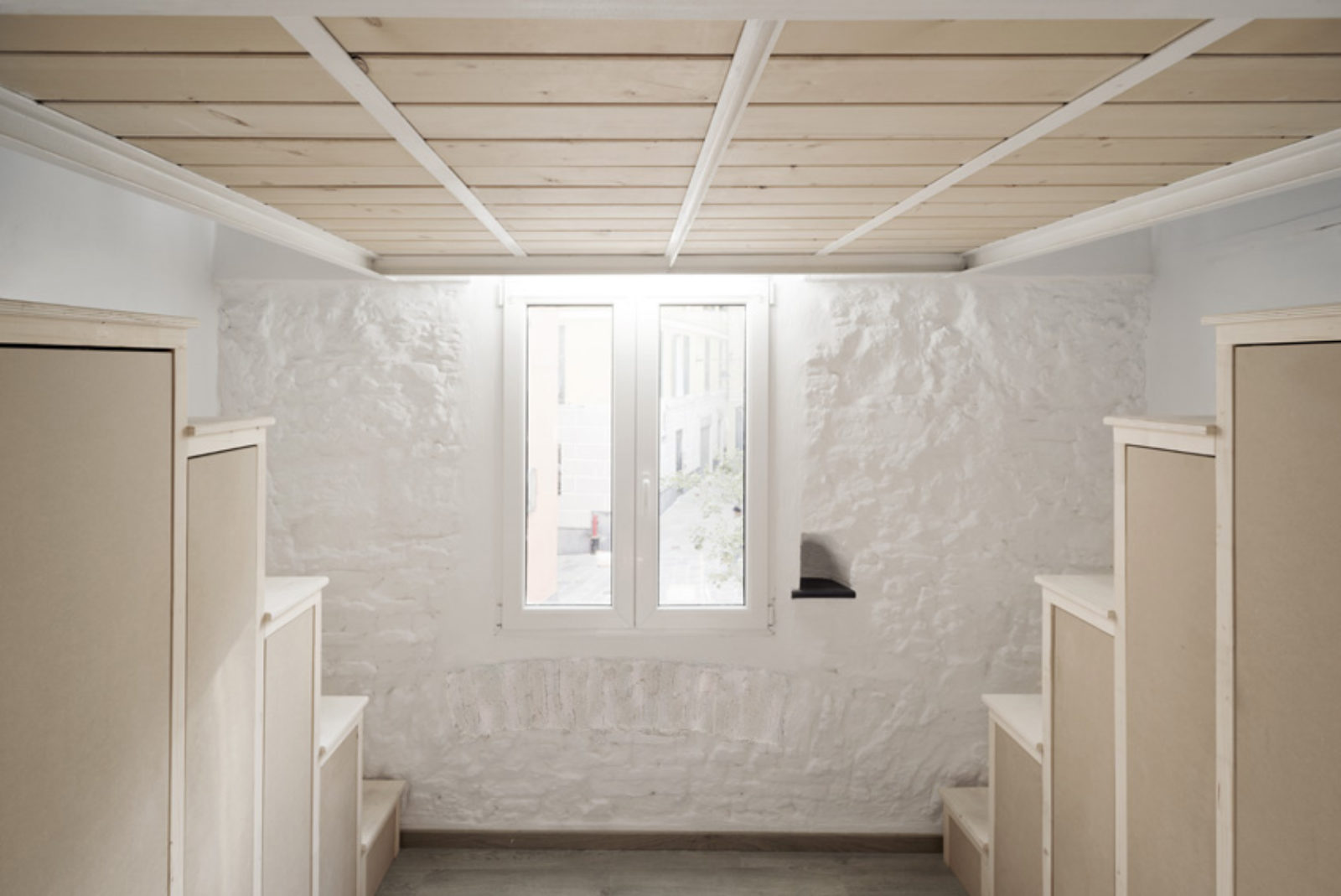 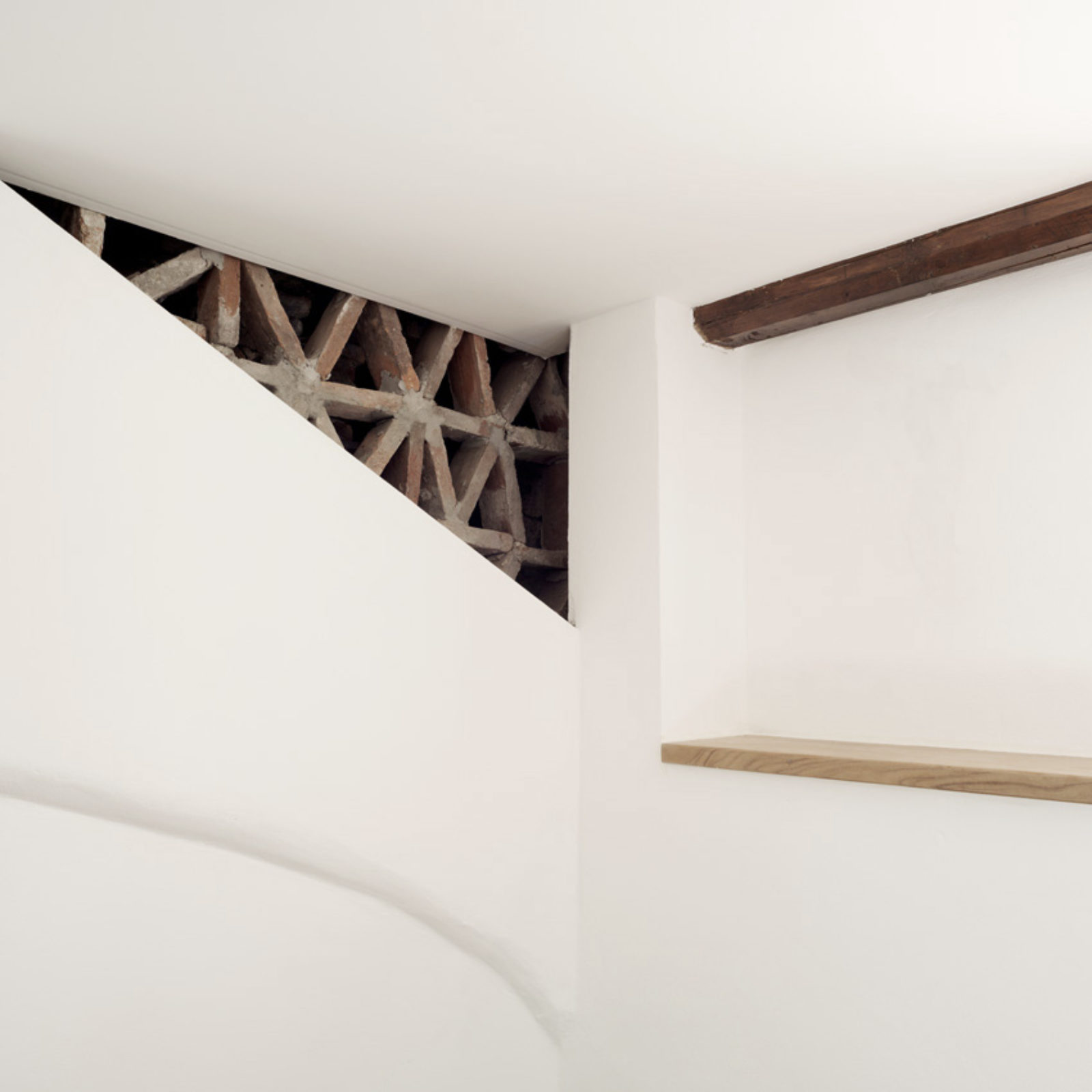 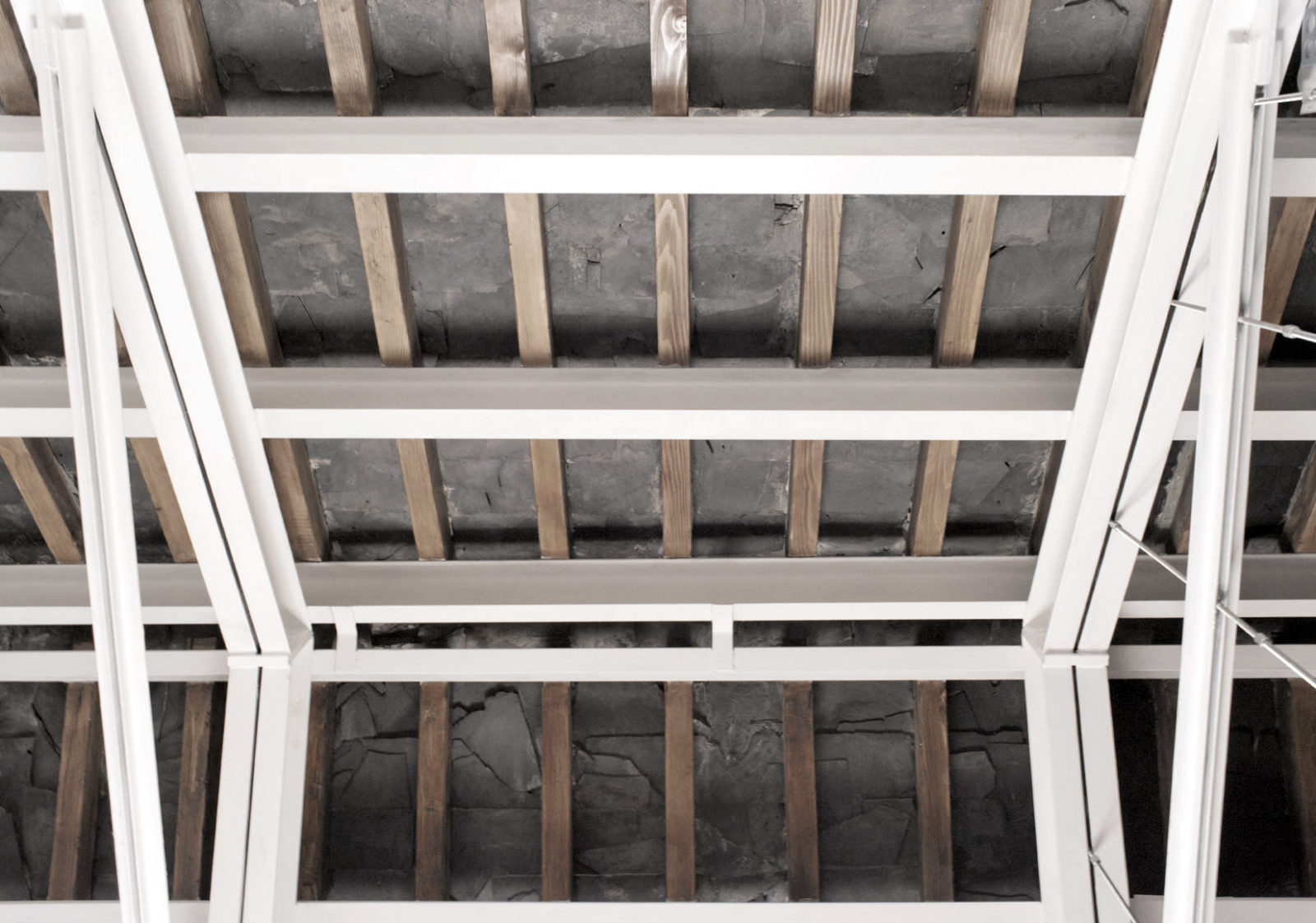 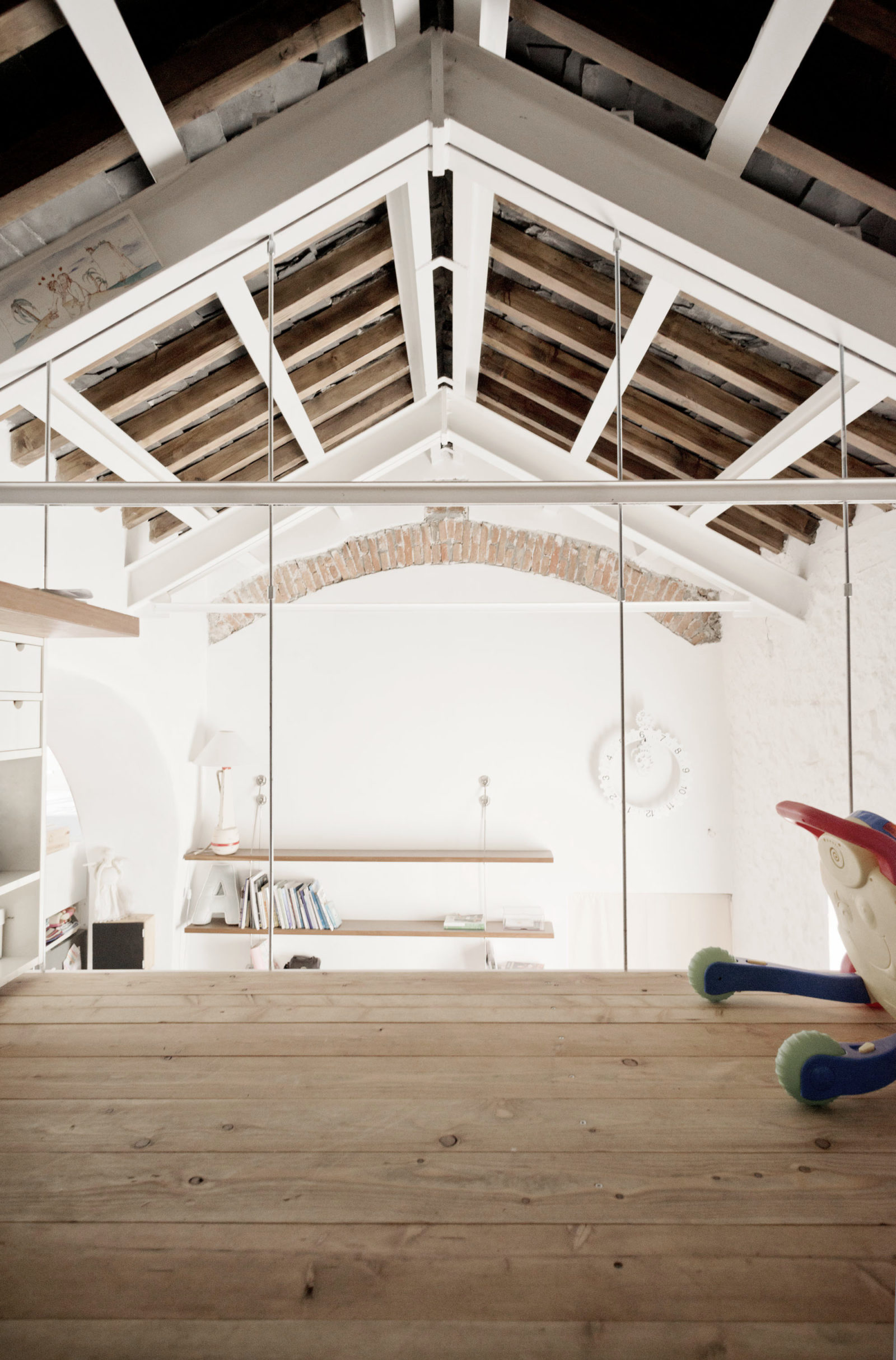 This flat is situated in the historical centre of Genoa, nearby the world heritage site known as via Balbi or Strada Nuovissima. Our task was to structurally fix the building, whose wooden beams of the roof were compromised by the long carelessness. We replaced them with a metal structure that generates a mezzanine, looking like a sort of tree house, hung over the living room. The flat occupies the whole building, from ground to the rooftop garden, that is quite uncommon in the downtown. Consequently, the house had a lot of stairs. We replaced the original heavy steps with new ones through which you can see. That generated a narrow, triple-high space that connects the several levels of the house. 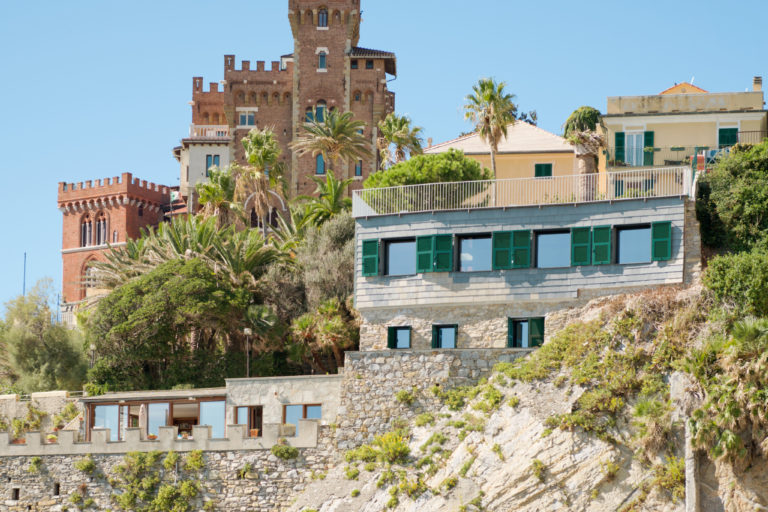 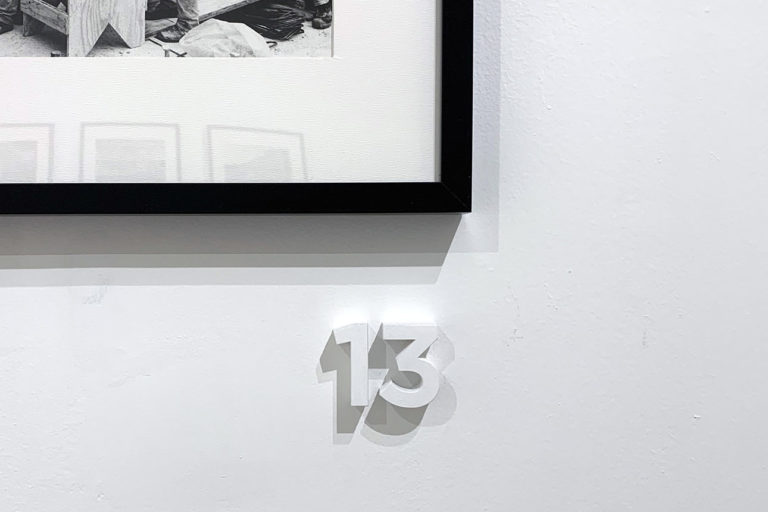